In North America, there are predominantly two systems used to biologically treat industrial wastewater: the aerated stabilization basin (ASB or aerated lagoon) and the activated sludge system. These two systems have far more similarities than differences. Both pro ­cesses are based on the utilization of dissolved oxygen by microorganisms in converting organic and inorganic matter into a settleable form. The following provides information on the pros and cons of each system.

The ASB, also known as a lagoon system, is a large body of water used for biological treatment. The placement and continuous operation aeration equipment is both the most important part of the system and the most expensive. Untreated effluent comes into the primary clari­fier and then into the ASB. As the effluent passes through the system, the BOD or “food” present is used as energy and a carbon source for bacteria. Once the treated water has gone through the ASB it typically enters a polishing pond for tertiary treatment where the remaining TSS (total suspended solids) settles out before being discharged as the final effluent.  These systems are particularly widely used in the pulp and paper industry in the southeastern United States, where mills are usually remote and have access to large tracts of land.

The activated sludge basin has a smaller overall footprint with a higher concentration of solids and active bacteria, expressed as Mixed Liquor Suspended Solids (MLSS), typically in the range of 2000-5000 mg/l. It is the faster of the two processes. A secondary clarifier provides settling and recycles a portion of the settled solids (bacteria) back to the aerated basin (RAS) to aid in BOD reduction. A portion of the settled sludge is wasted (WAS) and must be disposed of. Since the activated sludge is a suspended growth process which must produce a clarified effluent low in BOD and TSS, liquid/solids separation in the secondary clarifier is critical. Activated sludge systems are the most widely used type in the petrochemical and refining industries, food processing, and paper mills in colder climates.

Although “what (system) you have is what you got” as the old saying goes, there are many opportunities to ensure cost effectiveness and operating efficiency. If you would like some assistance in learning more about your system and how you might reduce costs or increase operating efficiency, please contact us at 985-674-0660 and info@ebsbiowizard.com. 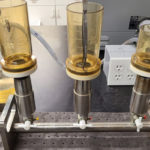 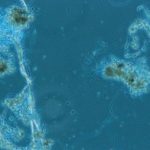