In wastewater treatment plants (WWTPs), bacteria need a constant biochemical oxygen demand (BOD) loading source to sustain their population. Periods of low loading could negatively affect bacteria and lead to a low population, resulting in insufficient biological treatment. During outages,  shutdowns, or times of low loading, WWTPs often use an alternative source of carbon to sustain the bacterial population so that it can respond adequately to a sudden increase in loading. Historically, both dog food and glycerin have been commonly used sources of alternative carbon during times of low loading.

EBS evaluated both dog food and MicroCarb as alternative carbon sources to determine the cost per pound of BOD provided by both products and any other notable differences. The pounds of BOD provided per pound of each product were measured by performing a conventional 5-day BOD test. Additionally, amount of chemical oxygen demand (COD) was measured to determine the ratio of BOD to COD. The cumulative oxygen uptake of each product consumed by a mixed liquor sample from a refinery wastewater treatment plant was
also measured using respirometers.

Figure 1 shows grams of COD and BOD available per gram of carbon source, based on the results of BOD5 and COD testing. Although dog food provided more mass of COD per pound of product, MicroCarb provided more mass of BOD per pound of product. This indicates that the dog food contains a larger fraction of inert, or non-biodegradable, material than the MicroCarb. A higher mass of BOD per pound of product is preferable because it contains a larger amount of readily biodegradable material for bacteria to consume. This is important because WWTPs seek to add the least amount of product possible, with the largest return, in order to have the most cost feasible and least labor-intensive option to increase the amount of food available to the bacteria during times of low process loading.

Figure 2 shows the percentage of BOD to COD for each product, based on the results of BOD5 and COD testing. MicroCarb provided an overall greater biodegradable fraction (0.64 lbs BOD/lb COD) compared to dog food (0.24 lbs BOD/lb COD). Another notable difference is the physical nature of each product. Dog food, even when ground into a powder-like product, does not readily go into solution and contains a much larger inert fraction. This inert fraction is indicated by the amount of COD that does not include BOD. This physical property may account for the lower BOD percentage since the bacteria may take longer to break down the solids. In comparison, MicroCarb is fully soluble in water which allows the product to be more easily mixed into a treatment system and accessed by bacteria.

The oxygen uptake data gathered during respirometric testing is provided in Figure 3 below. Cumulative oxygen uptake data obtained from respirometry studies provides an indication of the amount of food consumed by bacteria, much like a BOD5 test. A higher cumulative oxygen uptake indicates a larger biodegradable fraction, as the bacteria consume oxygen while removing BOD. Both products were evaluated at three concentrations, at ratios that equalized the amount of COD added between products. Three substrate to biomass ratios (lb COD/lb VSS) were tested: 0.2, 0.4, and 0.6. Figure 3 indicates that for every ratio tested, MicroCarb delivered more BOD than dog food as indicated by higher cumulative oxygen uptake. This supports the results of the BOD5 and COD testing but demonstrates that a mixed liquor sample received more biodegradable material in every pound of COD provided by each product.

To assess the cost of BOD provided by each carbon source, EBS tested the initial BOD content of both dog food and MicroCarb, then determined the cost per pound of BOD provided by each source. These costs are provided in Figure 4. Price estimates for a pound of dog food were generated from a price match of a 52 lb bag from Walmart. MicroCarb price per pound was generated from EBS retail price. The market prices of each product are subject to change. 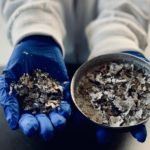 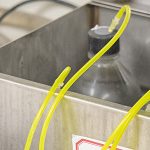 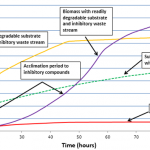 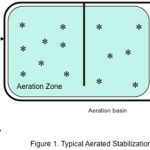