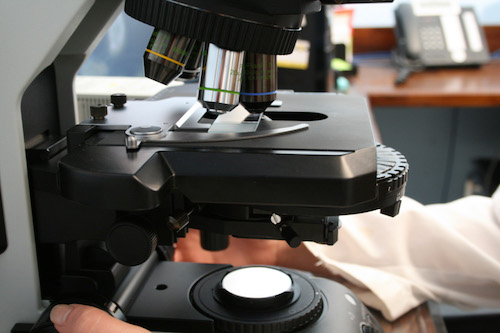 The purpose of a microscopic evaluation is to determine the biological health of a wastewater treatment system. The results can be used to help predict Biochemical Oxygen Demand (BOD), Chemical Oxygen Demand (COD), TOC, and TSS results or to determine whether or not to supplement the system with nutrients or bacteria after an environmental upset. The results will also help to determine the degree of toxicity caused by an upset condition.

The biological health of a wastewater system can be determined microscopically by observing several features of the samples. Floc is an aggregation of bacteria that produce a polysaccharide coating which enables them to adsorb to chemical contaminants, which they will later degrade for food, and to adere to each other.

Filamentous bacteria are long strands of bacteria growing end to end which interlock with each other to form a mesh. This “mesh” will help to hold the floc together to form larger pieces. The types of filamentous bacteria present can indicate certain things about a wastewater system, like nutrient availability or dissolved oxygen concentration.

Indicator organisms are eukaryotic organisms that feed on bacteria. Their presence provides information about the health and growth conditions of the bacteria in the system. These organisms feed on the bacteria and sometimes, each other. The types present can also indicate certain things about the system. For instance, flagellates are small and can survive in low dissolved oxygen environments and therefore are observed when the system is heavily loaded with BOD (food). Rotifers generally indicate a mature and more stable system, which may be under loaded from a BOD perspective.

The number of bacteria free in solution can also indicate how well a system is performing. More bacteria in the bulk water may be an indication that all of the soluble BOD/TOC has not been converted as the dispersed bacteria tend to exist wherever there is available food. Dispersed bacteria will also be more abundant as the system recovers from a toxic shock. Too many free bacteria, however, will increase the TSS because they do not settle out unless they aggregate to form floc.

A healthy activated sludge system will typically have dense floc of round or irregular shape. A healthy aerated stabilization basin system will typically have small floc of irregular shape. In both systems, there may be some filaments, but not enough to interfere with settling. The amounts of dispersed bacteria should be minimal, as should the levels of pin floc. However, systems vary and should be watched over time for trends.   Floc characteristics vary from system to system as well and should be monitored for changes over time. Any significant change in the quantity or characteristics of the floc structures should be noted. 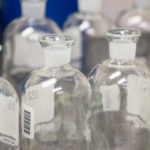 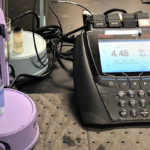 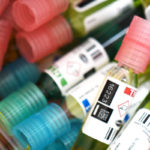