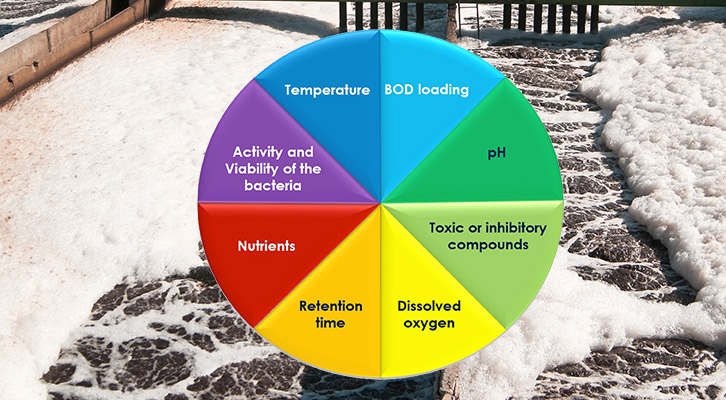 An EBS microbiologist presented at the Gainey’s Concrete Products Wastewater Conference focusing on the importance of the 8 Growth Pressures and their impact on the microorganisms in wastewater treatment. She also spoke about the value of interpreting laboratory testing and a real-world case study.

Bacteria and HLF are the microorganisms that do the work with the majority of the conversion of BOD into solids completed by the bacteria. However, HLF does contribute to the reduction of BOD as well. Another major point is HLF are indicator organisms that indicate healthy system conditions.

The bacteria carry out the conversion of soluble organic material (BOD) into insoluble cell matter (TSS).

In addition to the single-cell bacteria, the biomass will contain other microorganisms. These organisms are collectively referred to as higher life forms or indicator organisms. As the system matures or stabilizes, the type and relative abundance of the higher life forms will change. By monitoring the higher life form population, you can draw many conclusions regarding the overall health of a particular system. Higher life form distribution tends to be very plant-specific. What looks normal in one facility may not be typical for another.

Know what is typical for your WWT system!